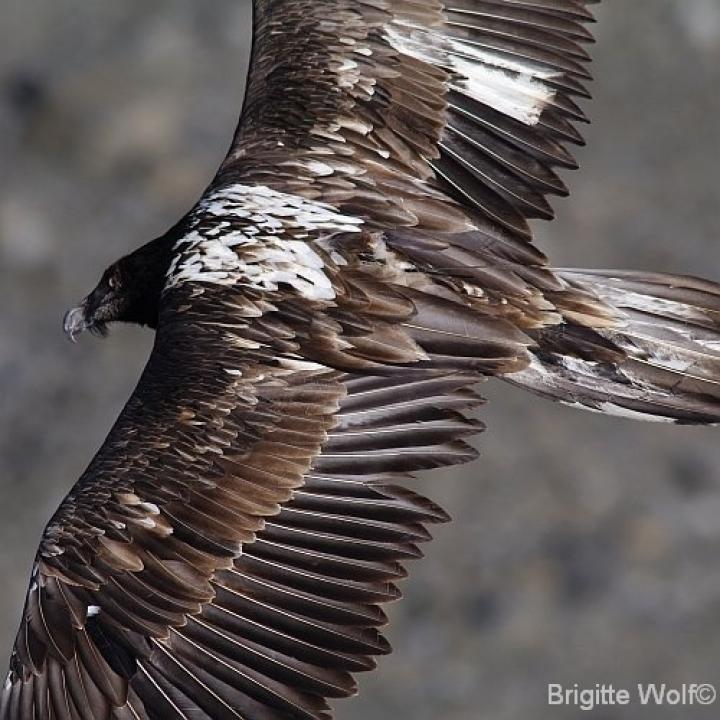 For about four and a half years, the GPS transmitter has sent regular data about Kira (picture: summer of 2011). From no other bearded vultures have GPS localisations been received over such a long period of time.