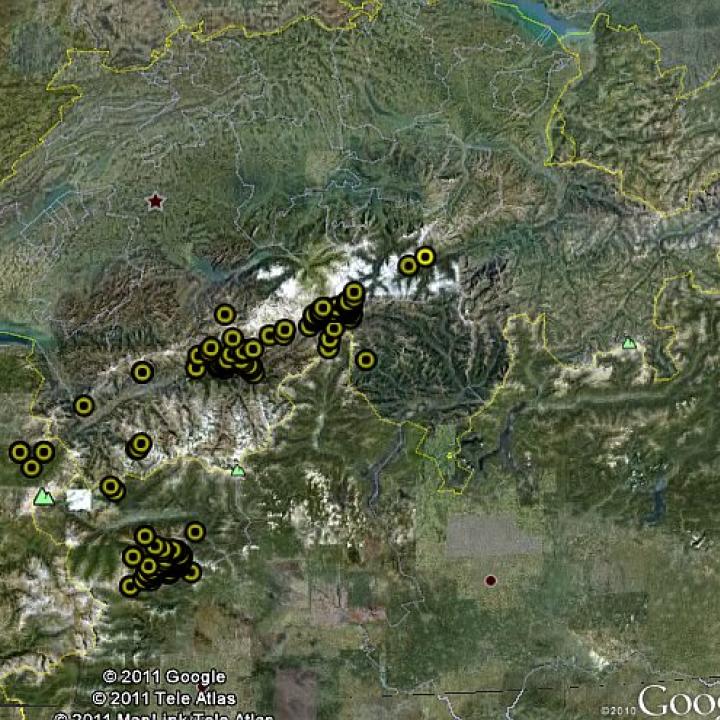 Kira seems to like Italy. The whole of June was spent south of the Aosta valley and she moved in a diameter of only 20km. Then, at the beginning of July, Kira moved over to the Upper Valais where, up to the middle of September, she circled the area north of Visp and near the Furka Pass on the border to Canton Uri. Here, on the 16th August, she was discovered by Kaspar Mettler, who had actually planned to photograph Alpine flowers. A few days later, on the 21st August, Brigitte Wolf was able to capture these impressive pictures, which also show the transmitter on Kira.

During September Kira moved on and went for the first time to the Upper Savoy Alps. We hope, of course, that she will soon pay another visit to the Sarganserland.