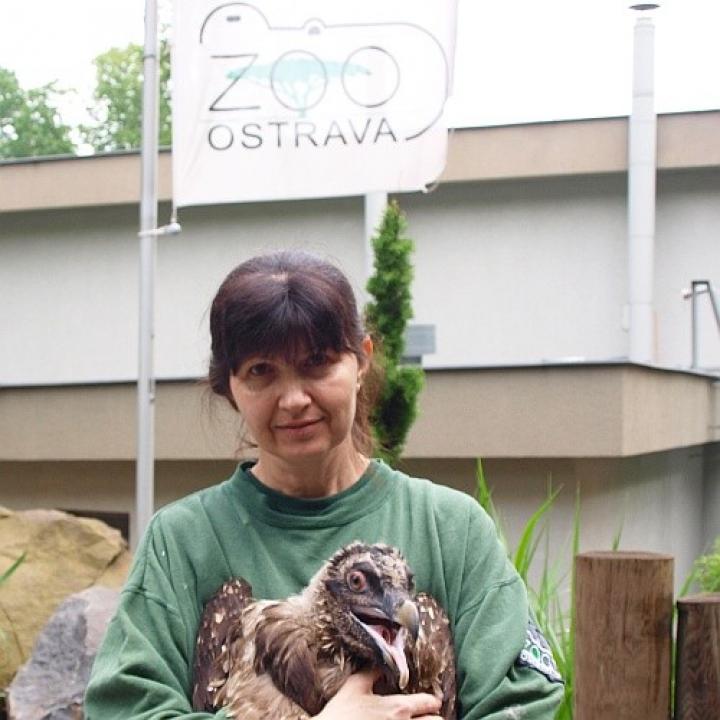 Kira has got a long journey ahead of her before she can be released mid-June together with two other young birds (Ingenius, Sardona) in the Calfeisental, Canton St. Gallen. This is because the young Bearded Vulture, hatched in 11th March, comes from the Czech Republic. The young bird hatched in the Zoo Ostrava, an animal park on the western border. In order to provide an optimal upbringing for this young bird, who stems from a rare genetic line, the breeding experts decided to move her, straight after hatching, to the Zoo Prague and an especially experienced pair of foster parents

Kira grew rapidly here and at 16 days already weighed about 630g (picture). Now the “city chick” weighs in at about 5kg and is ready for her trip via Vienna to Switzerland. By equipping her with a satellite transmitter, we hope to be able to report here shortly about the first adventures of Kira. 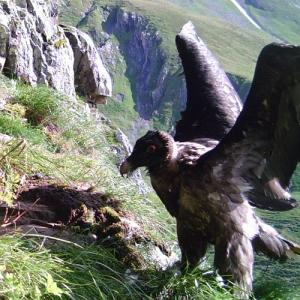