The Bearded Vulture was long discredited as a dangerous predator and was intensively pursued until, at the beginning of the 20th century, it had entirely disappeared from the Alps. Today this false image has been corrected, and the impressive Alpine inhabitant has returned. This is thanks to a reintroduction project, which began in 1986 in Austria. Although the project has now made great progress, the reintroduction is not yet complete. 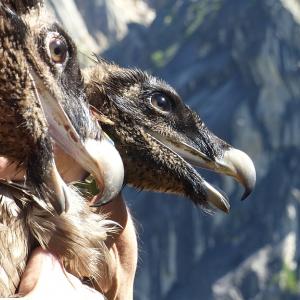 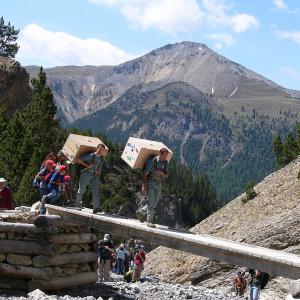 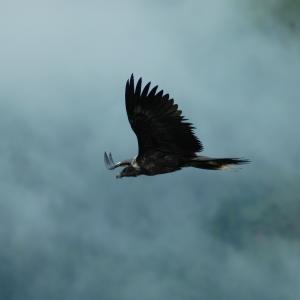 The Bearded Vulture is a harmless carrion eater (more >>) that was still common in the Alps in the 18th century. Due to its size and impressive appearance, with a dark beard and sharp beak, the worst was assumed of this species for a long time. The Bearded Vulture was even described in scientific textbooks as “bloodthirsty vulture” for a long time. In a textbook for natural history of the 19th century the scholar Gotthilf Heinrich Von Schubert writes: " ... he has an incredible muscle strength, so that he can with ease carry lambs, goats, even children in his claws from one mountain to another." 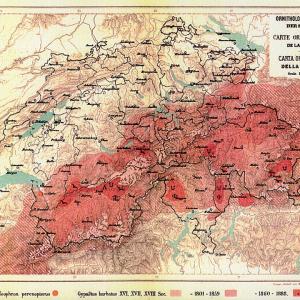 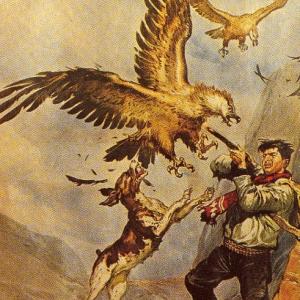 Its bad reputation was the Bearded Vulture’s undoing

Already at the beginning of the 20th century the disappearance of the Bearded Vulture was regretted in some quarters and discussions to reintroduce these impressive Alpine inhabitants in the Swiss National Park started. However, a first concrete experiment was not carried out until the early 1970s by Paul Géroudet and Gilbert Amigues in the French Alps. At that time Bearded Vultures were released that had been captured in Afghanistan and transported to Europe. High losses and difficulties in obtaining animals led to this project failing prematurely.

The Bearded Vulture breeding is the key to success

The ongoing project to reintroduce the Bearded Vulture was founded in 1978 in Morges, Lake Geneva. Experts from France, Italy, Austria, Germany and Switzerland decided then that instead of releasing trapped animals from wild populations, young Bearded Vultures from zoos and animal parks should be used for the reintroduction. Like this, existing wild stocks would not be weakened and made vulnerable by removals. In addition, it was recognized that the reintroduction of very young Bearded Vultures from breeding programmes is more promising than the release of captured wild animals. 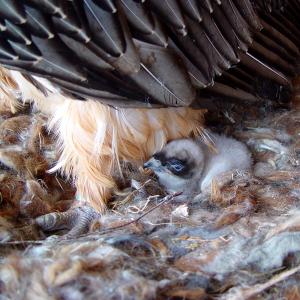 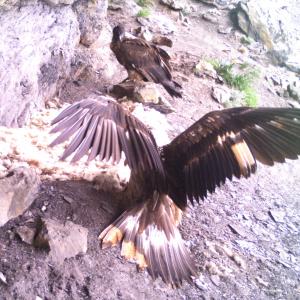 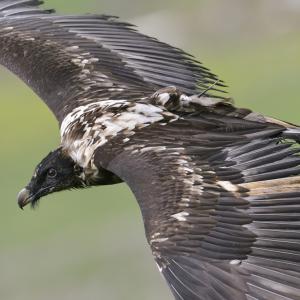 Hacking - a successful method of reintroduction

The reintroduction of the Bearded Vulture is based on the hacking method. Young Bearded Vultures brought up in captivity are taken at the age of around 90 to 100 days from their parents’ eyrie, transported to a well-protected reintroduction niche in the Alps and released with one or two other young vultures. These young birds cannot fly yet, and are continuously monitored and regularly supplied with food by an experienced team until they reach full independence. At the age of around 110 to 130 days the young birds dare to try their first flight. In the coming weeks they learn to improve their flight and autonomously search for food. This method has proven successful. It has been shown that 88% of reintroduced Bearded Vultures survive their first year. In subsequent years, the annual survival rate rises to 96 %, which is an exceptionally high number for wildlife.

The first reintroduction took place in 1986 in the Austrian Hohe Tauern National Park. In the years that followed, the reintroduction project was extended gradually over the entire Alpine region. The first release in France took place in 1987 in Haute-Savoie. This was followed by Switzerland in 1991 with a reintroduction site in the Swiss National Park and, in 1994, releases were carried out also in the Italian and in the southern French Alps. During the course of the project, new regions have been added. Therefore, further releases in the Italian Stelvio National Park, in the French region of Vercors, as well as in the Swiss wildlife sanctuaries Graue Hörner (Kanton St. Gallen) and Huetstock (Obwalden). Overall, up to 2015, 204 young Bearded Vultures have been successfully released in the Alps. 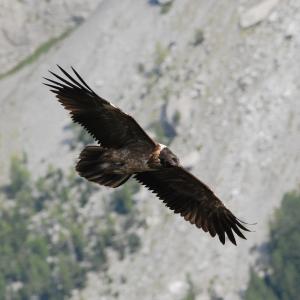 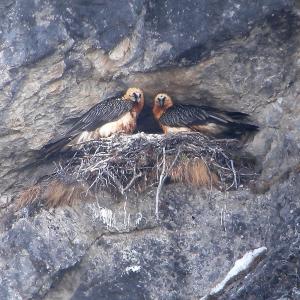 The wild population has established itself

Thanks to the reintroductions in the Alps, a stock of Bearded Vultures has established itself in the Alps. However, it took eleven years for a wild breeding to succeed for the first time in in the Alps. In 1997, some 80 years after the disappearance of the Bearded Vulture from the Alpine region, a wild-hatched chick flew for the first time in Haute Savoie. In the coming years the success rate has risen gradually in wild broods. So by 2015 a successful total of 148 wild broods occurred.

The total stock numbers in the Alpine region is estimated at around 220 to 250 animals (as of 2015). Nevertheless, the project is not yet complete. The genetic diversity of the wild population is still very small, so that without further releases strong inbreeding would be expected in a few generations. In addition, Bearded Vultures in Central Switzerland, where in the 19th century the Bearded Vulture bred, are still rare. Therefore, in the coming years the Foundation Pro Bartgeier will release two to three young, Bearded Vultures in the Swiss Federal hunting area Huetstock in Obwalden annually. Additionally, close monitoring of the still small stock numbers and the safeguarding of this sensitive species is necessary.