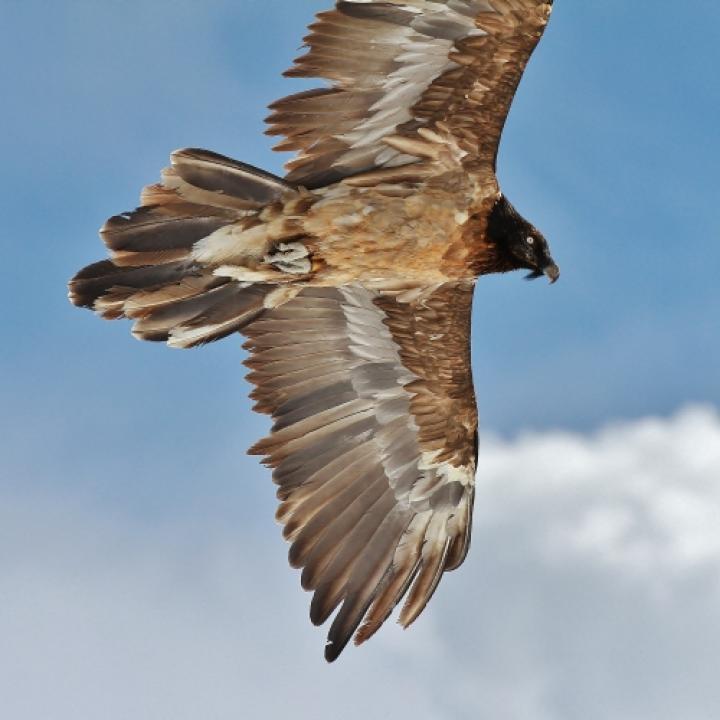 Beautiful pictures of Ingenius have arrived with us again. Alex Heis was able to capture him in Samnaun and Reto Barblan photographed him on 21st March at Piz Kesch near Bergün. The images show that the now three year old male is starting to moult into the "semi-strong" young bird. Thus, there is only one bleached wing feather still to be seen, which dates from the first juvenile plumage. And soon the first white head feathers will begin to grow, which are typical of the sexually mature Bearded Vulture.

In the last three months, Ingenius has mostly stayed in the Engadin. But the satellite data also show that Ingenius went on a flying visit to Sarganserland and the Ticino and also visited the Tyrol.