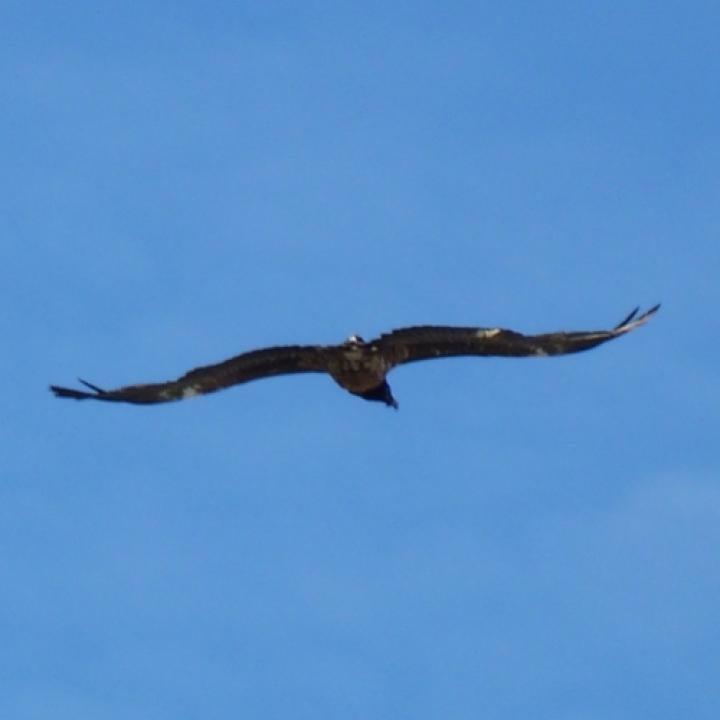 After a wide-ranging Spring tour, Ingenius had a quiet Summer. He was mostly localised in the Valais. We were pleased to receive many photos of Ingenius. On the 3rd June he was photographed by Knut Wanzenberg in the Canton Uri and on the 19th June from the gamekeeper Dolf Roten in the Upper Valais. At the end of July Samuel Botreau from the Upper Savoy watched him breaking bones.

In September, Ingenius moved back to his homeland of Sarganserland. Up to now we have not received such a detailed picture of the journeys. The new Solar-powered transmitter that Ingenius is fitted with has delivered over 6000 localisations to us over the Summer, which has left an impressive track over the Alpine space.