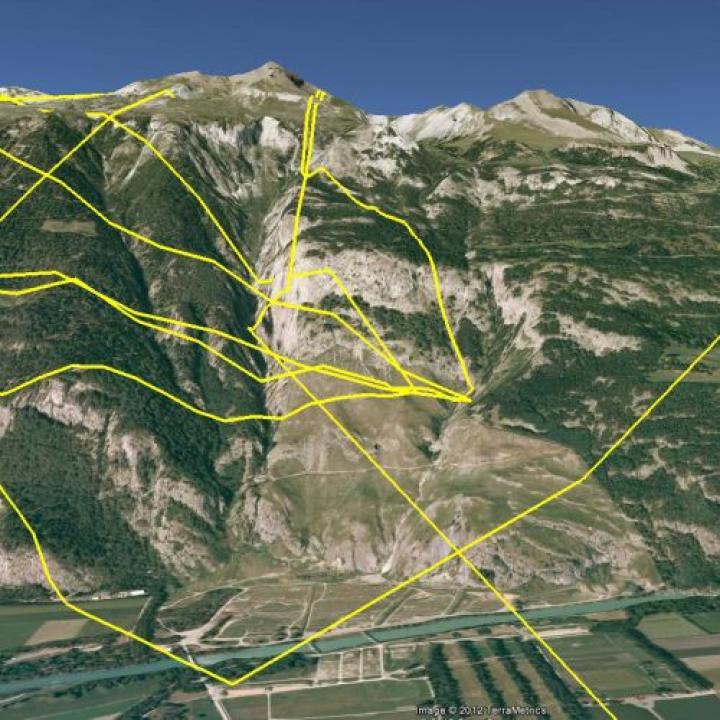 Spring appears to be waking the curiosity in Ingenius and the young male has started making longer trips through the Alps. In January he was often still in the Sarganserland, especially near Calanda. Here Ingenius obviously felt comfortable and could find plenty of fresh food.

Mid-January Andrea Conrad was able to observe him there and take photographs. At the same moment, Ingenius was underway with a wild, unmarked Bearded Vulture, which was also caught by Andrea Conrad’s lens. On 11th February Ingenius was then spotted as he ate a piece of carrion by Thomas Reidt near Klosters.