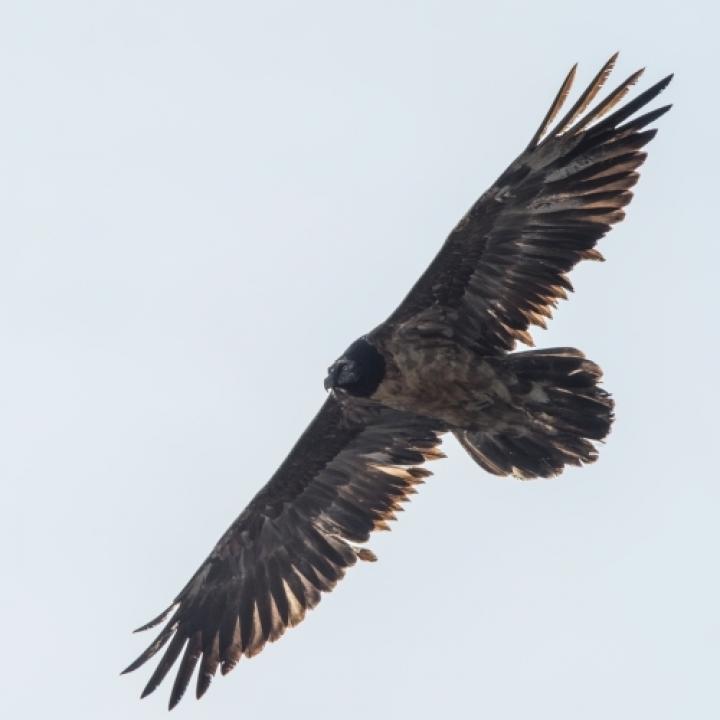 Recently, an observation of Ascha has been received by us. Rene-Pierre Favre was able to photograph Aschka on February 8th at Chamoson in Valais. We are particularly excited about this message because we have heard nothing of this young female for some time. In the picture, the bleached feathers are only partially visible, but it is enough to identify Aschka clearly.

Since Aschka lost her GPS transmitter in September 2014, we received a few messages about sightings of her. Early in 2015, Aschka was observed by Célestin Luisier in Valais and in the Haute-Savoie by Patricia Loffi. Verena Döbelin was able to watch Aschka as she ate a dead chamois in May 2015 in Kandertal. Aschka seems to be mainly in the Bernese Oberland, in Wallis and in neighbouring France. Perhaps she will settle one day in this region. But it will take another two to three years until she is fully mature. 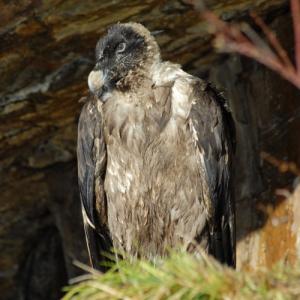