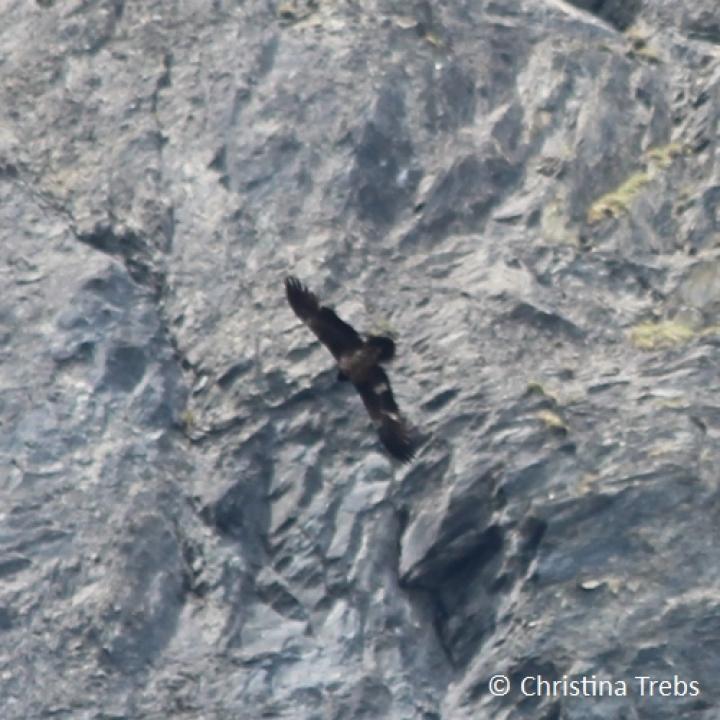 After the second rewilding in April in the Surselva, Noel-Leya flew back, within a short time, to the first reintroduction site in the Calfeisental. This is evidence of Bearded Vultures’ very good sense of orientation. At the end of May, Christina Trebs was able to photograph Noel-Leya in the Weisstannental.

Until the beginning of July Noel-Leya was underway in the Sarganserland, from where he then flew to France via Valais to the National Park Écrins. Since mid-July, Noel-Leya is predominantly moving in a smaller space. Apparently this region is very suitable for Bearded Vultures. Cathy Ribot photographed Noel-Leya at the end of July in the Écrins National Park; shortly afterwards Régis Jordana managed to record a brief film. Here you can see this beautiful sequence (Film). 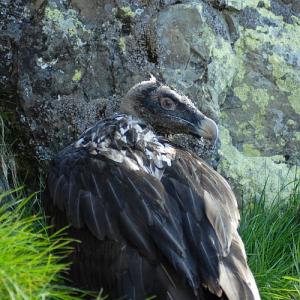