It is surprising and nice to see how often Sardona was observed in the last few months. Mostly he could be encountered in the Sarganserland, but also made short detours into Glarnerland and the direction of the Säntis. He was seen three times flying in the company of the young female Tamina.

Along with the report from Sonja Petris and Roman Schneider from 24th September and 23rd October, the game warden Rolf Wildhaber also observed the pair in November. Could this be the first Bearded Vulture pair in the Sarganserland? Hope is allowed, but Bearded Vultures only become sexually mature at 5-7 years. So, it will be a while before we can answer this question. 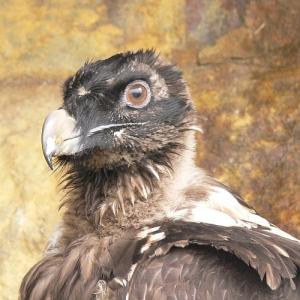