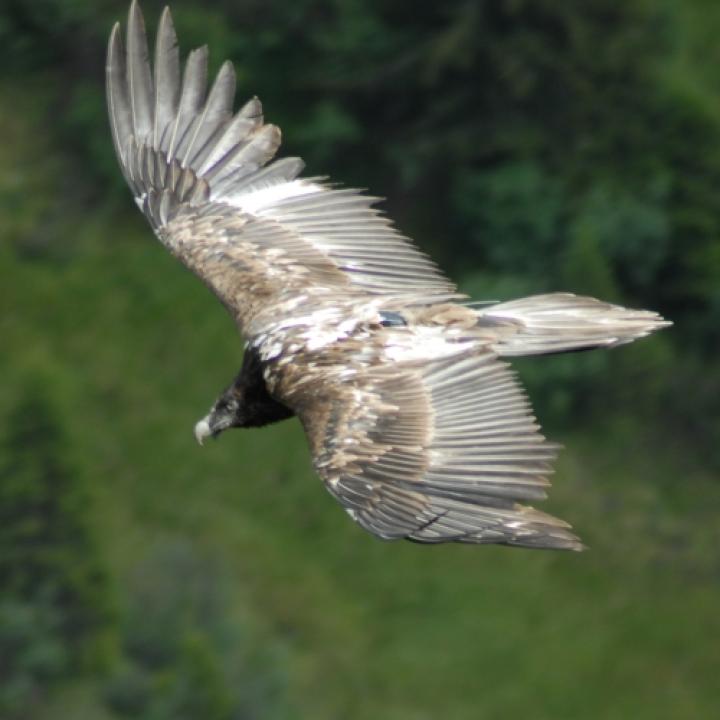 It would seem that Sardona, after his outing to the North Sea, felt homesick. This was enjoyed by the observation team in the Calfeisental. We were able to see Sardona almost daily throughout July and August at the release site, flying together with Tamina, Madagaskar and Scadella. During these flights, Sardona was able to demonstrate his flying ability during spectacular air-games with this year’s young birds.

At the end of August, Sardona took a short trip in the direction of Engelberg, by mid-September however, he was back in the Sarganserland. On the way back he was seen and photographed by Regula Müller and Lukas Aemissegger near Erstfeld (UR). We are very interested to see if the young male plans to stay in the region or if he will soon take some more tours of discovery.