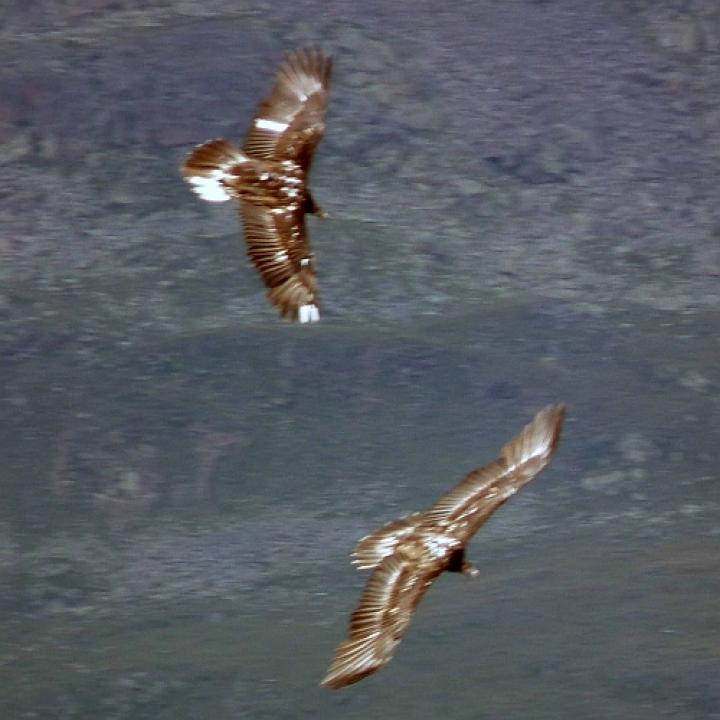 V Unfortunately, we have received no more satellite data for Tamina since the beginning of June. She could, however, be observed several times in the Engadin area and the Stelvio National Park and was photographed on 14th August by Claudia Neumann together with a wild-hatched vulture.

A few days later gamekeeper Thomas Wehrli succeeded in taking a photo, as Tamina inspected him from close range. Tobias Beerli managed to take a photograph in October by the snowy mountains of Ftan. The last sighting for now is from Mario Prinz, who could photograph Tamina on 19th November near Samnaum with a wild hatched vulture.