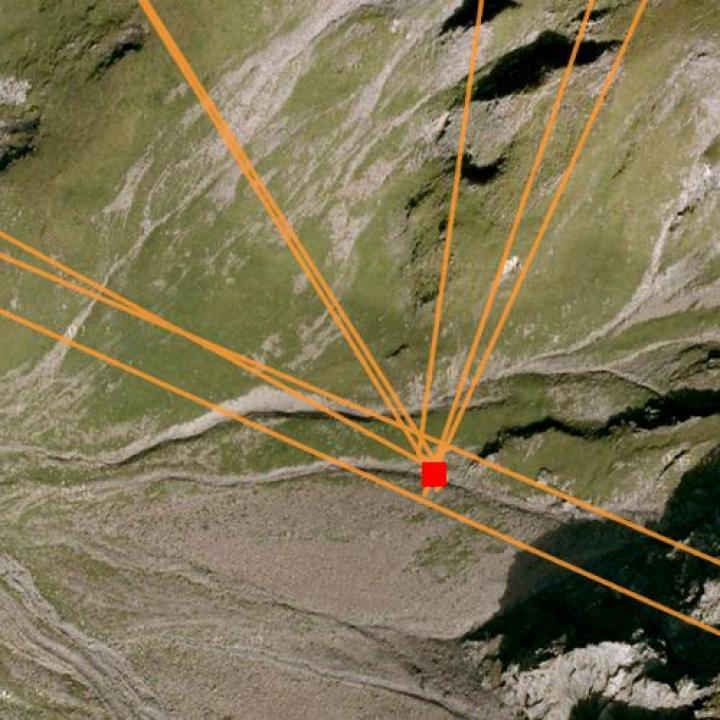 Contrary to our expectations, Tamina has not yet undertaken any long journeys. Thanks to the plentiful stock of wild animals in the area of the release, the young female does not have to rely on long search flights to find food. The satellite data shows clearly how Tamina repeatedly ate from the remains of an Alpine Ibex that died only 2km away from the release. Tamina circled especially often slightly south of the release site above Flims and Trin.She did not miss the fact that there are many bones to be found there from animals that died after an outbreak of chamois-blindness.

In the past months we have also received many lovely photos of Tamina. We were especially happy to find out that the young female had be observed many times with the young male Sardona, as can be seen in the pictures from Sonja Petris and Roman Schneider. Could it be that the two young vultures are fond of each other? 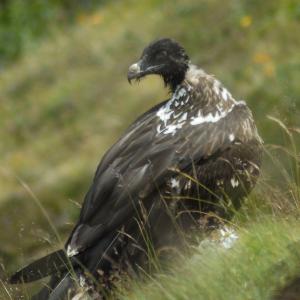