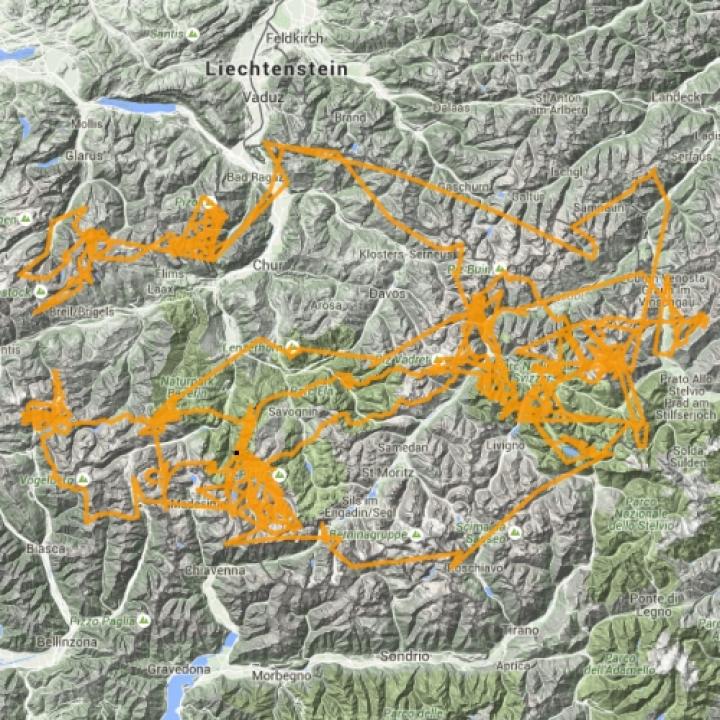 In recent months our runaway, Schils, has remained faithful to the Alps. He has mainly been in the east of Switzerland and in Austria. At the end of October, the gamekeeper Ueli Jörimann could observe Schils in the Surselva. One can still see the white markings on the wings, thanks to these, Schils can still be recognised.

A week later, Urs Steger observed Schils, along with a second young, Bearded Vulture above Flims. This second bearded vulture also hatched in 2014. As it has no visible markings, it must be a wild-hatched young vulture. From this encounter some spectacular images have been captured of a small scuffle between Schils and his feathered friend. Since young, Bearded Vultures defend no territory, such interludes are mainly playful.