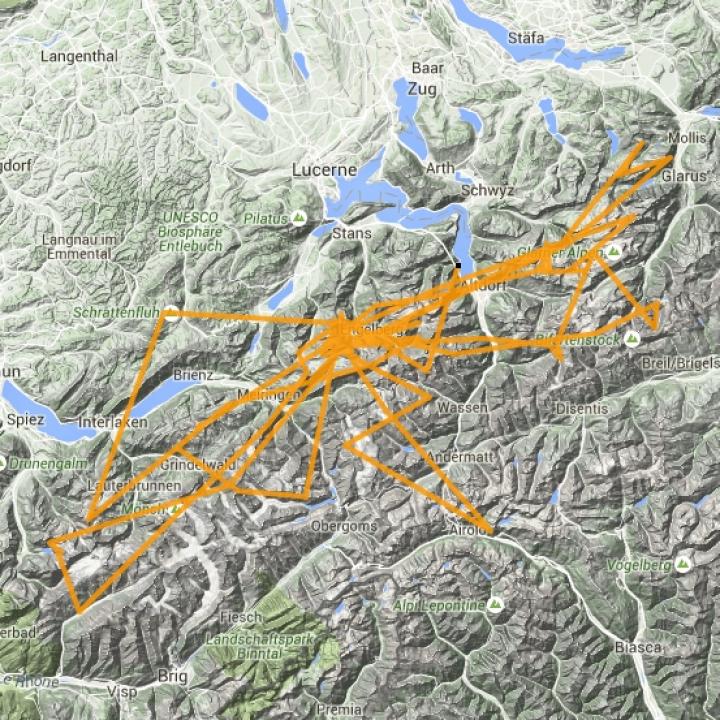 Ewolina has remained true to the rewilding region for a long time. By the end of November, she had only made short trips to the surrounding areas and was often seen in Melchsee-Frutt. Whilst tidying up the facilities at the observation post at the beginning of October, both Ewolina and Sempach II were observed again. In late November Ewolina then flew to the Muotathal, where she remained for several days and could be repeatedly observed and photographed by Harry Kälin.