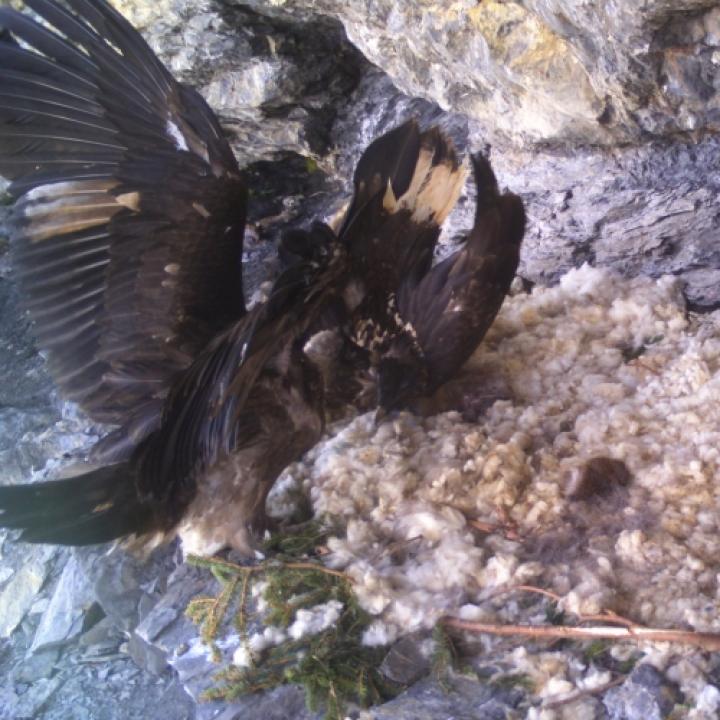 For us, the monitoring team, it is always interesting to watch the individual nature of the young, Bearded Vultures. So Ewolina, who received her name from a naming competition, was very dominant from the start. This is shown in a snapshot from a camera trap that shows Ewolina during an attack on Bearded Vulture Trudi (left Ewolina).

Ewolina, at the age of 119 days, was the last of the three young vultures to take the first flight. By mid-September she was flying mostly only in a radius of two to three kilometres from the rewilding site in Melchsee-Frutt . But Ewolina will soon be exploring the Alpine space. Thanks to the satellite transmitter we will soon know more about her forays.