The young Bearded Vulture with the double-barrelled name NP Stilfserjoch-Haristraufu used the summer to frantically perfect his flight skills.  Again and again the young male took off and glided over our heads. However, the data from the satellite transmitter shows that the first flights of the young glider do not take him far.  In July he was rarely found out of the Schludertal, where the release site is located.  Only on the 25th July was a round trip made, which took the young Vulture about 6km away from the release site.

In August NP Stilfserjoch-Haristraufu also spent most of his time in Schludertal. Often he landed near a feeding place or he circled together with Ikarus high above the valley floor. By the end of August both young birds were seen less and less in the valley and started looking for their own food.

Sadly – as we were disappointed to find out – technology was not prepared to cooperate.  Although the satellite transmitter was perfectly attached, no new data was reaching us.  It would seem that we will only be able to follow the further destiny of NP Stilfserjoch-Haristraufu by direct sightings.  Therefore we hope that the young bird will often be seen by walkers, game keepers and other friends of nature and, thanks to the markings can be identified.  We will stay on the case and are hopeful that we will soon be able to report about meetings with NP Stilfserjoch-Haristraufu. 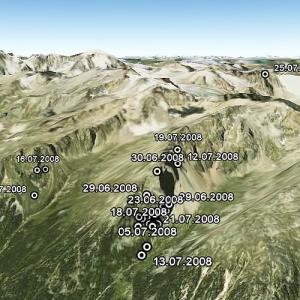 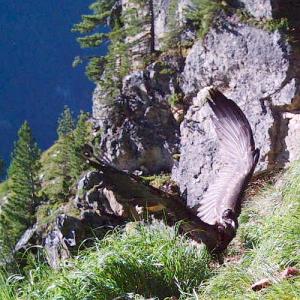 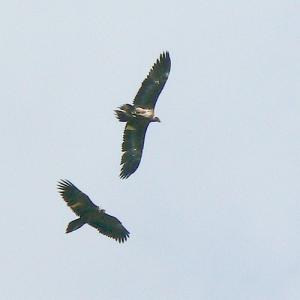 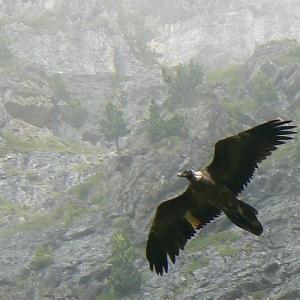 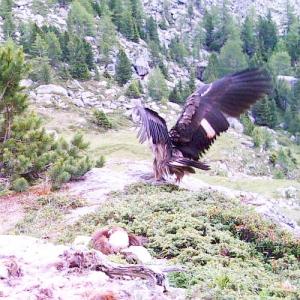