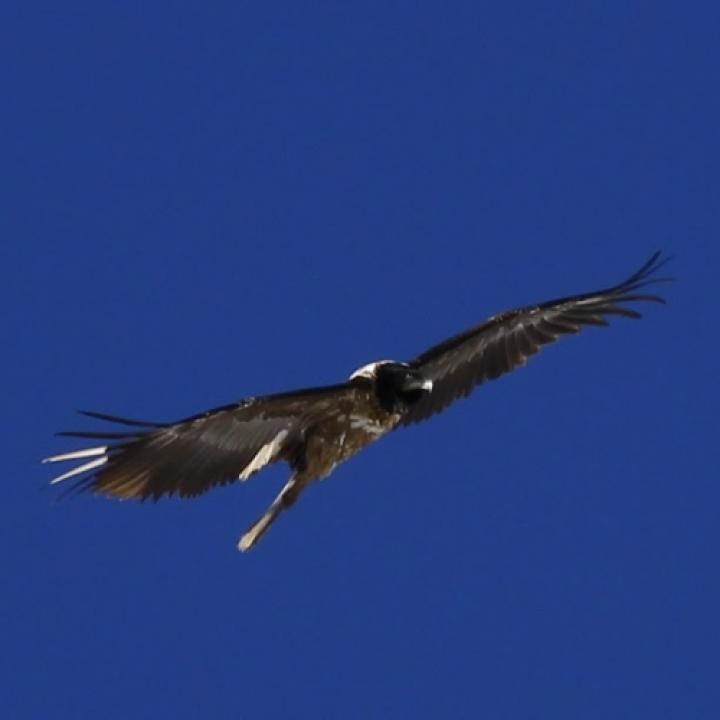 Madagaskar has travelled far in the last months. He was observed on 7th May in the Austrian Lechtal by Michael Moosbrugger. Madagaskar was flying together with an unmarked young vulture and a raven.

To our delight, he returned to the Sarganserland as we started this year’s release in the Calfeisental. On 2nd June he appeared at the release site for the first time and could be then regularly seen and photographed from the observation post. Madagaskar appears to like being in the Sarganserland, in the last two months he has not made any long journeys.