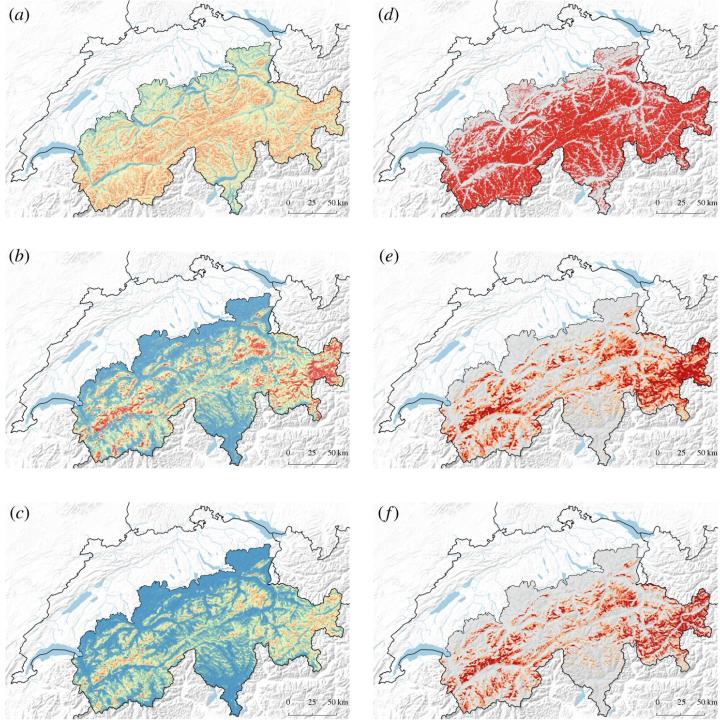 A new study shows: Bearded vultures are low-flying birds. This poses risks if wind turbines are planned in the wrong locations. A hazard map should help identify areas that are particularly critical.

Bearded vultures are excellent gliders. They find their food during large-scale search flights where they look for carcasses. With the current efforts to use wind power also increasingly in mountainous regions, the question is to what extent such plants can endanger bearded vultures.

Now we can better assess the collision risk thanks to collaboration with conservation biologists at the University of Bern. As the study published today (see Vignali et al.>>) shows, 30 percent of the area of the Swiss Alps is at high risk because bearded vultures usually fly at low altitudes. For example, of 28 transmitter-marked animals, 74% of all GPS localizations were below 200 meters above ground and thus within the collision range of large wind turbines. Especially south-exposed, steep slopes, where bearded vultures find good upslope winds, and areas where many ibexes live, are critical.

From this work and the results of a previous study on habitat use by bearded vultures, risk maps were created. These maps show areas in which a high risk of collision is to be expected from the outset. But careful site clarifications must also be made in other mountain regions to minimize risks to bearded vultures and other species.

* To get a broader picture, the research group of the Univ. Bern is now also working on a corresponding model for eagles.