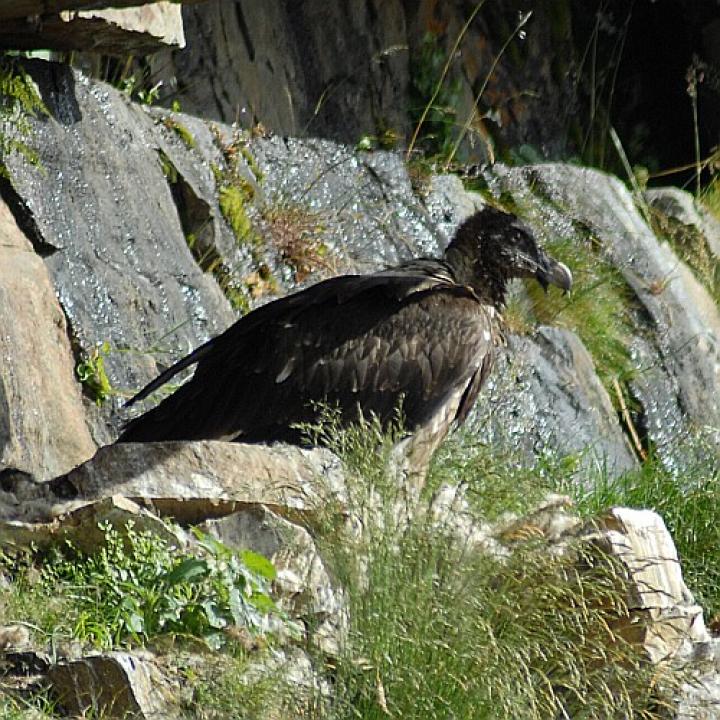 Since 11th June, Scadella has lived with two other Bearded Vultures, Tamina and Madagskar in a niche in the rocks high up in the Calfeisental. Already after only a short time she began to practice for the first flight. Tired from all the flying practice, she happily rests in the soft, sheep’s wool lined nest. This choice of resting place often leads to conflicts with Tamina.

Scadella keeps snatching food away from the other two Bearded Vultures. Tamina and Madagaskar beg to get some food returned. Sardona, who was released here last year, observes them eating with great interest. By the beginning of August Scadella, who has only tried short flights up to now, starts to try out longer flights. Her impressive wing-span that is near to three metres wide makes her flights amazing to watch.