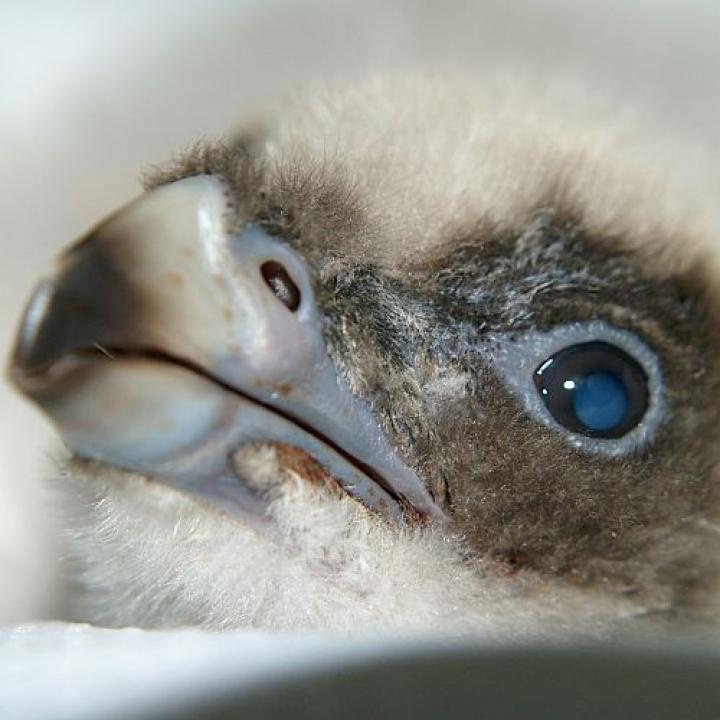 This year was extraordinarily successful for the large breeding station Guadalentin in southern Spain. A total of nine young Bearded Vultures hatched in this year’s season. Just like the young male Madagaskar, Scadella is also from this breeding station. Three months after hatching on the 12th March Scadella was already big and strong. When we tried to capture her for a check up, she fluffed herself up as large as possible. 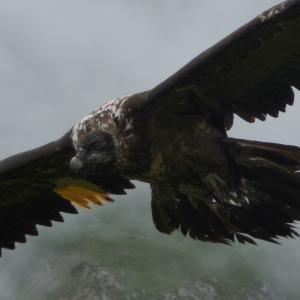